It was on a beautiful day as the sun shone brightly and the breeze was crisp and clean, that we decided to travel to Brest and visit one of the historical monuments in Bretagne.

The exterior of the castle.

Here’s another view of the exterior of the castle taken from the top of a tower.

The castle of Brest is located in the Finistere, France. It is the oldest monument in the city and it is the oldest castle in the world still in use. It was classified as historical monument on March 21, 1923. From the Roman castellum to Vauban’s citadel, the Castle of Brest has about 1700 years of history, and up till now it has held up its original role as military fortress. Even though the Romans were the first to spot this strategic location, the castle has grown through the middle ages and has evolved to accommodate cannon warfare and what was modern strategy in the 18th century.

Another picture of the exterior of the Castle of Brest. 🙂 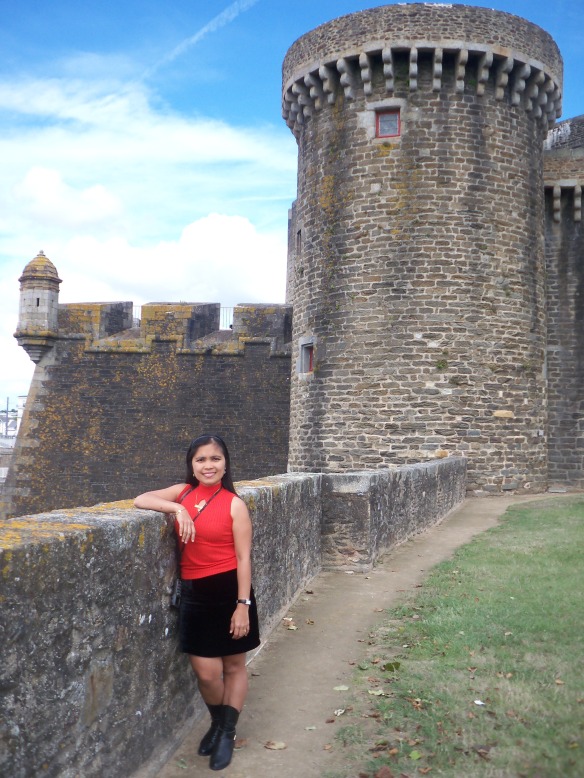 The castle was a very massive fortress-developed. 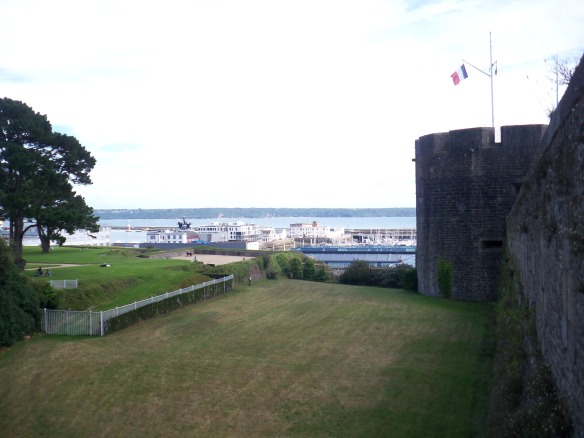 The mote around the castle.

Inside the castle, there is a naval museum that houses a collection of models and re-enactments. One of the pictures I saw was a picture of the streets of Brest City taken before 1939, as they stood before the bombing by the allies during the Second World War. I also saw some pictures of the reconstruction of the city. There were also Dioramas made by Brest painter Jim Sévellec that represent the major episodes of the history of Brest. I enjoyed the fascinating naval museum.

One of the beautifully crafted scale model of the French navy boats exhibited in the naval museum. 🙂

Some of the wonderfully carved wooden figure heads of the ancient boats of the French navy.

The Castle of Brest has a very unique tower in a modern surrounding still standing. In addition, the fortress just above the land was considered as the strongest fort in the world in the middle ages. Even though it was heavily damaged in WW II during the siege of Brest in 1944, the castle was restored to its majesty and it is considered as one of the major monuments in Brittany. 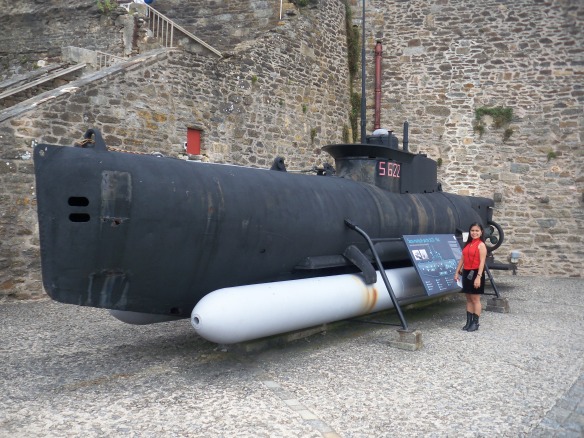 It is a German U boat from the WW II.

During the tour, I learned many things about this wonderful monument full of history dating back to 280AD, as it was going through all the events of French and European history. Overall, if you are around the area and if you are interested in history, the castle of Brest is a must see.

I was craving for a pasta dish, something creamy but not sweet, something rich in proteins but with a low amount of fat. So, this recipe for chicken macaroni salad was right in our alley since my family loves a good chicken and pasta dish. It’s simple yet the bold zests from celery stalks and capsicum really make the dish.